Thinking of a big hair change?

Take a look at these hair transformations for inspiration. Chumba has a proud history of producing some of the very best stylists in Australia.

Check out some of our award winning collections from our Team.

'The Keeley’s' - Carl and Belinda 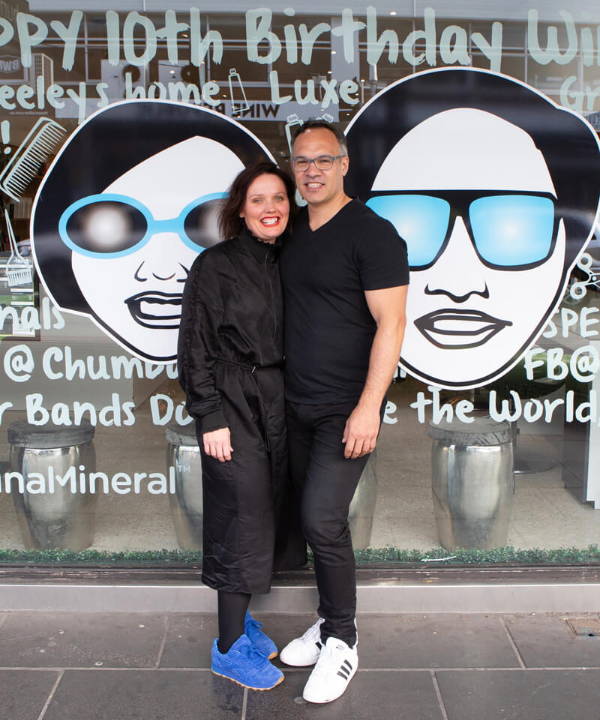 Once upon a time a long long time ago (when we were young around the turn of the century lol) a Boy Haircutter meet a Girl Hair Colourist.

He thought “well that’s what I’ve always wanted - an amazing colourist to bring my hair cuts 'to life'. And she probably thought “what the hell is guy on about?". He’s a bit odd with this Hair thing… just like me”.

Anyway’s it wasn’t quite that awkward, but you get the idea and they liked each other a lot (cringe).

As it turned out that was to be a match made in Hair Heaven.

They fell in Love, moved to the countryside and made a Salon in Warragul. They called it Chumba after their World Vision Child because they didn't want their new hair world to be just all about them. That was in 2003.

They got married in 2005 and made three beautiful children - Tia, Jett and Ruben. The baby Keeley's created even more love to shared.

Their salon grew and grew and grew, until it was bursting at the seams. So they made another salon and then a few more little businesses too.

Then one day they looked up from their work... the Salons in Warragul and Chapel St were really quite big & very full of super talented hairdressers that also loved doing hair just as much as they do. There were lots of lovely clients that they made happy and who made them all happy too.

They carried on a bit longer and won a lot of 'Hairy Awards' and built a Team that has become legendary in the Hair Industry. This made everybody even happier. So they kept doing what they were doing.

These days they educate others, help others grow their salons and create magical hair careers for themselves too.

Basically they do a lot… but the thing they still love the most is the first thing they ever loved - doing amazing Hair at Chumba Warragul & Chapel St - together.

And they lived happily ever after.